Obama Regrets Dressing Down Jack Ryan or Whatever His Name Is 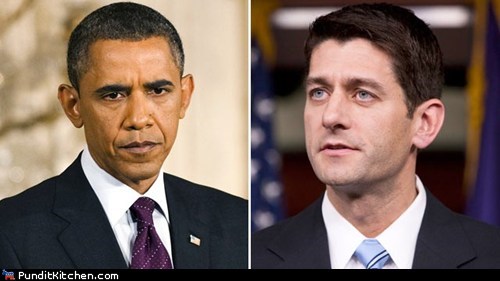 In a recent interview, President Obama meant to say that tearing apart Paul Ryan's budget right in front of him was a mistake. What he said instead was this:

"I'll go ahead and say it – I think that I was not aware when I gave that speech that Jack Ryan was going to be sitting right there."

To be fair to the president, have you read Patriot Games? If I thought I'd somehow wronged Jack Ryan, I'd apologize to him first too.

75 Corona-Free Memes For Anyone Who Needs A Distraction

A Boatload Of Memes To Banish Your Boredom

Fifty Amusing Tweets That Are Dripping With Wit