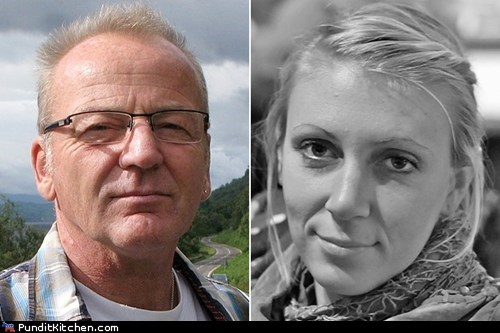 An American aid worker and her Danish colleague were rescued from Somali pirates by the same Navy SEAL unit responsible for taking down Osama Bin Laden. Yesterday, SEAL Team 6 stormed a pirate camp and killed the nine men who had held Jessica Buchanan and Poul Hagen Thisted since October. The pirates are not believed to be linked to any larger terrorist organization, and are thought to have been looking to sell the duo for ransom money. Vice President Biden told The Today Show this morning that, although they had been planning a rescue operation for weeks, it was expedited after they received information that 32 year-old Buchanan's health was declining. Both Buchanan and Thisted are now on the way home to their families.

Half Brothers Get Greedy, Threaten To Sue, Costs Them 158K

Unprofessional "Not My Job" Moments of Failure

36 Memes For Almost Every Type Of Nerd

30 Memes About The Mundane Obstacles Of Everyday Life

36 Memes For Almost Every Type Of Nerd

A Healthy Assortment Of Memes For Bored Brains