This mosaic of photos taken by one of Curiosity's cameras reveals the underside of the rover.

I Think There's Something Wrong With our GPS 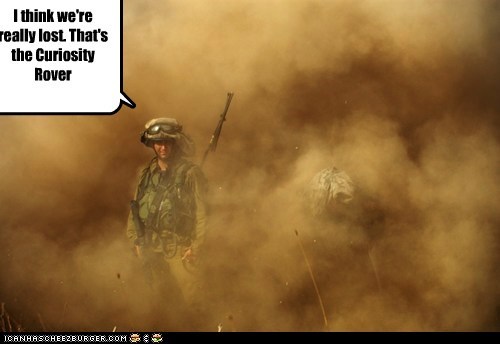 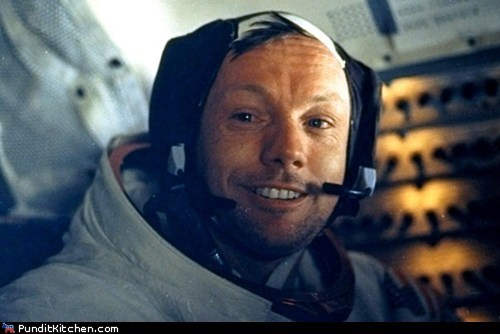 Neil Armstrong passed away today at the age of 82. His family released a statement saying he died of "complications resulting from cardiovascular procedures."

Armstrong became the first man to walk on the moon on July 20, 1969 with the now famous words, "That's one small step for man, one giant leap for mankind." A self-described "nerdy engineer," Armstrong was never at ease with his fame, avoiding the media and keeping mostly to himself. He was a truly inspiring person, and we're all sad to see him go. Thanks for everything, Neil Armstrong.

Great. Now They're Trashing MY Planet! 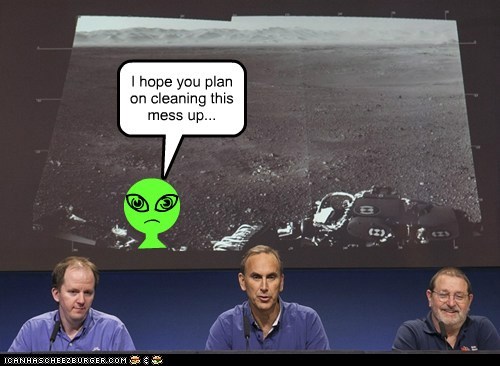 I hope you plan on cleaning this mess up... 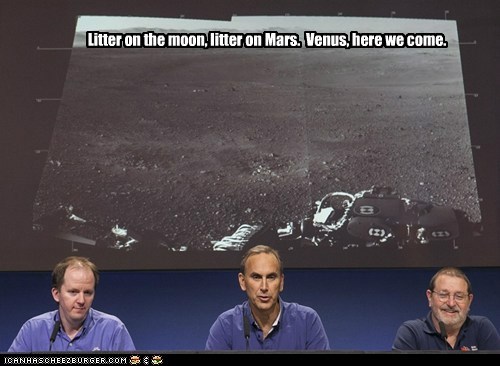 Litter on the moon, litter on Mars. Venus, here we come. 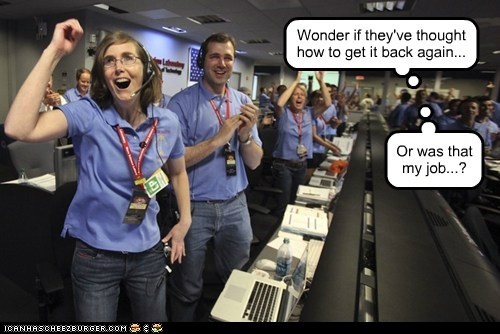 Wonder if they've thought how to get it back again... Or was that my job... ?

NASA is in a Sorry State These Days 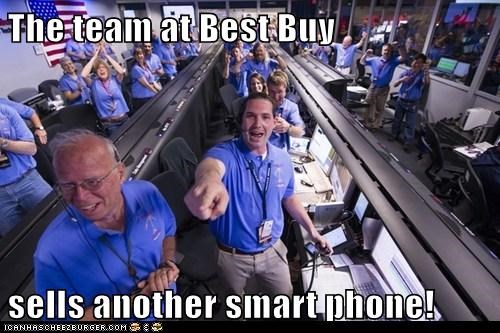 The team at Best Buy
sells another smart phone!

The just landed the Mars Rover, so what if they have a few problems landing the high-fives?

We're Not in Kansas Anymore 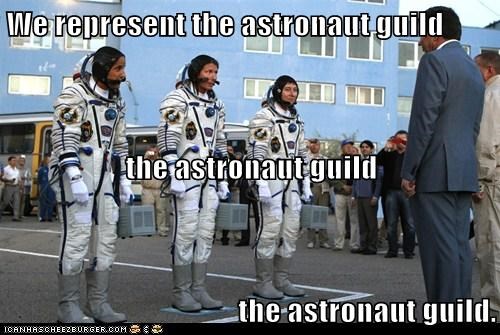 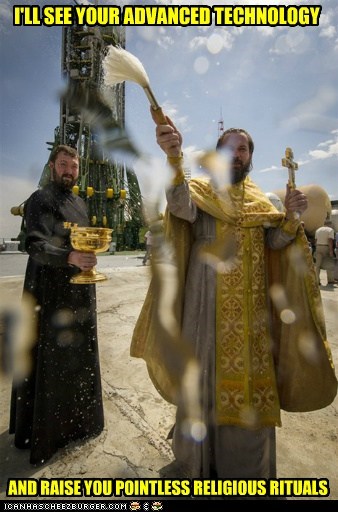 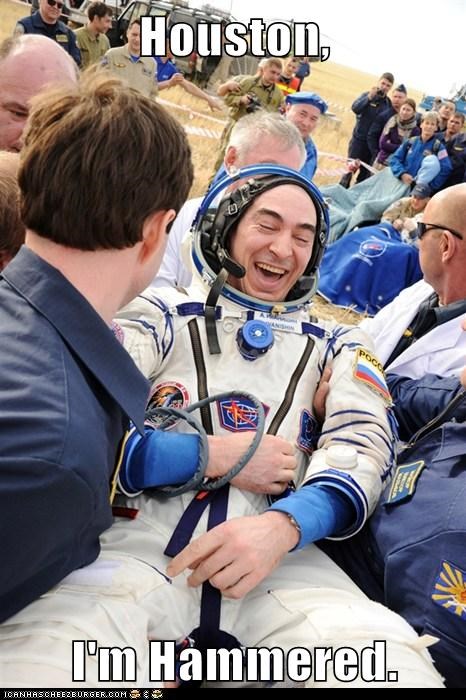 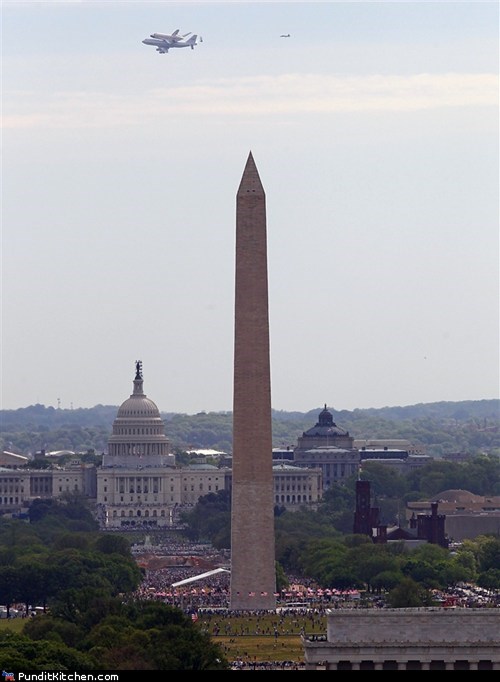 The Space Shuttle Discovery made one last voyage this morning as thousands gathered to pay tribute. Strapped to the back of a modified Boeing-747 transport jet, it flew over Washington DC on its way to The Smithsonian National Air and Space Museum where it will go on permanent display. Discovery retires with 39 successful missions over a 27-year career. 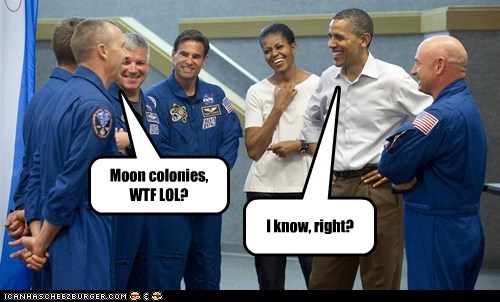 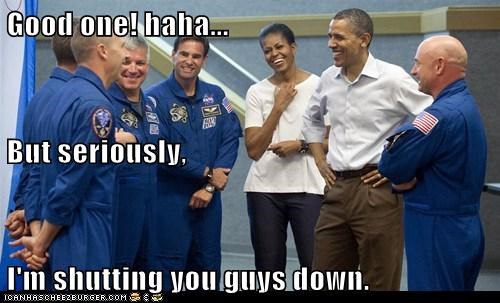 Good one! haha... But seriously, I'm shutting you guys down. 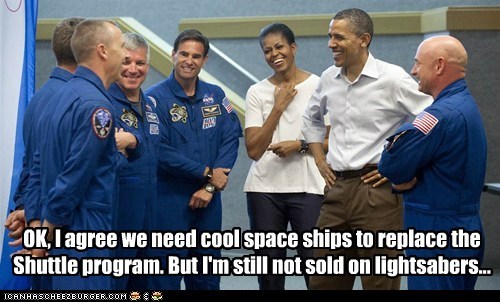 OK, I agree we need cool space ships to replace the Shuttle program. But I'm still not sold on lightsabers...

Just confirms my theory that cats not only rule the internet, but also the very universe itself.

22 Japan Pics That Are Equal Parts Weird And Fascinating

Totally Scrollable Memes For Anyone Who Needs Them

Totally Scrollable Memes For Anyone Who Needs Them

Thirty-One Random Memes For The Enthusiasts Of Dumb Humor