The Only Care That Matters 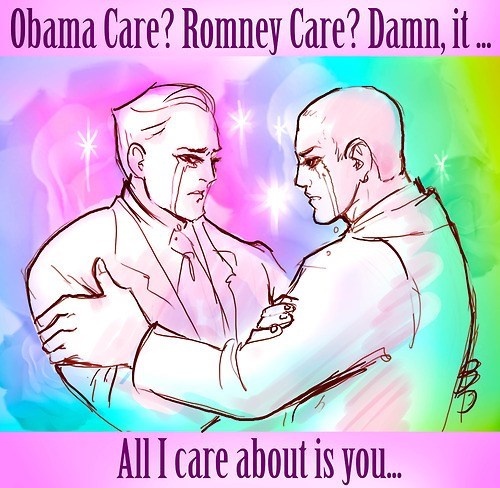 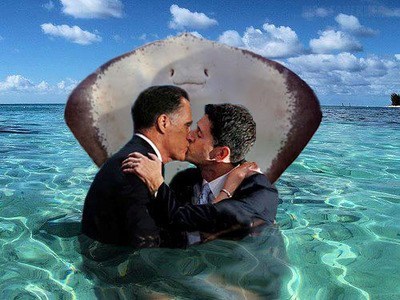 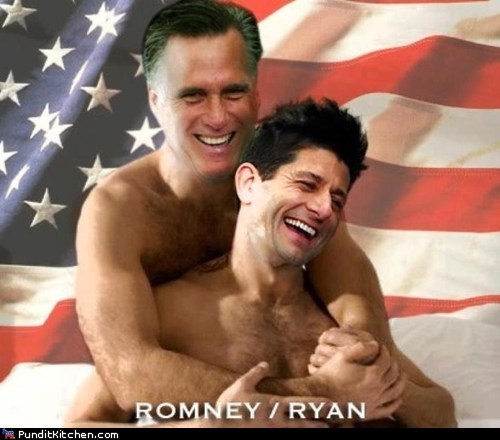 When we learned Mitt Romney had tapped Paul Ryan to be his running mate, it was inevitable that we'd see a few fan-fictions where... well, where Mitt Romney taps Paul Ryan. I'd ask why we haven't heard about any Obama/Biden slash, but I'm pretty sure it's because no one wants to imagine Joe Biden naked. Here are a few choice excerpts from "Dressage," by Bailey Marie. What follows may not be safe for work, so proceed at your own risk.

"He took the final steps into the main stable area, shocked and delighted by the sight he saw. It was a horse, in a manner of speaking, but not really.

A meaty neigh came out of the man before him, stark naked and on all fours. He wore a mohawk of a wig, a $20,000 polished leather saddle over his back, and a plug stuffed into his backside that gave him a beautiful arching tail. He reared up onto his hind legs, revealing the horse-like manhood on his underside."

"The Congressman neighed and whinnied once more, rearing back just a little bit. He was ready and Romney knew it.

"'Screw me like we'll screw the poor,' Mitt called out and he could feel a pressure building on his spread cavity… It grew and grew until he relaxed his muscles enough to allow his 'horse' entrance. He could feel the pressure deep in his stomach and pressing down on his prostate, tickling the naughty parts of his eternal soul."

Thirty 2020 Memes Because Everything Sucks Who Cares

These Quirky Comics About A Hitman Are Wonderfully Absurd

20 Clever Comebacks That Deserve A Plaque For Their Spice

Thirty 2020 Memes Because Everything Sucks Who Cares

These Quirky Comics About A Hitman Are Wonderfully Absurd