That's right Rick. After all, the more educated they are the less likely they'll believe what you tell 'em. 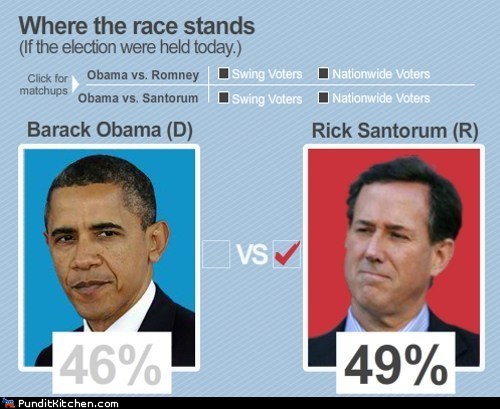 While the election is still far off, a Gallup poll has shown that if it were to be held today, Rick Santorum would beat incumbent President Barack Obama by three percentage points.

If ever there was a wake up call to motivate the youth to vote, this is it. Rick Santorum, who stands against gay rights, women's reproductive rights, and the absolute separation of church and state is a viable presidential candidate? 20 and 30-somethings, this is who your grandparents are voting for: anti-progress and out-of-touch. 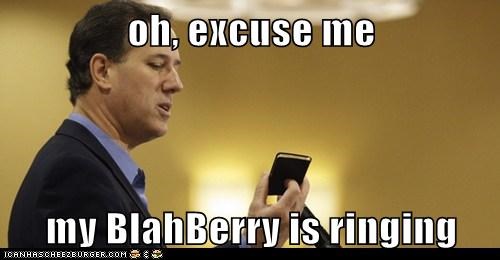 oh, excuse me my BlahBerry is ringing

Push it Somewhere Else, Santorum 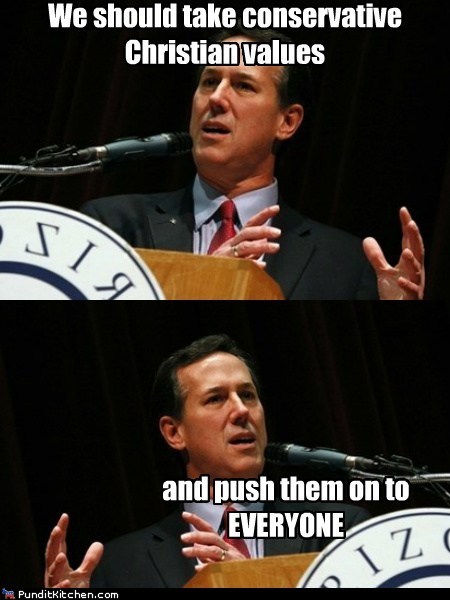 Probably a Really Steamy One 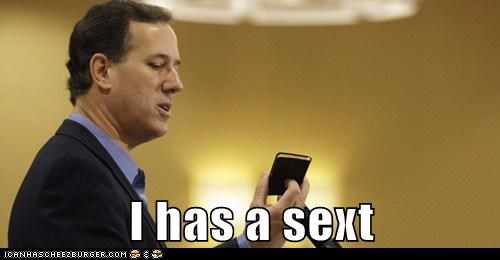 I has a sext 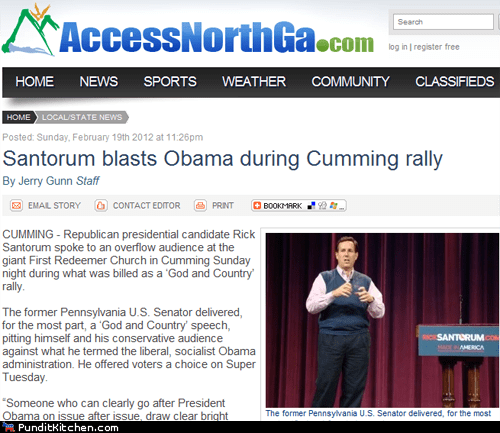 This headline is a mess. Literally. 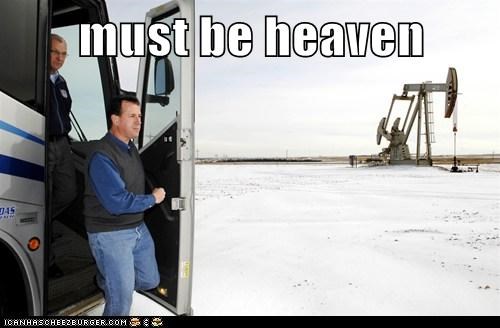 Seriously, you do not want to get this in your mouth. Don't say I didn't warn you.

What Are You Wearing? 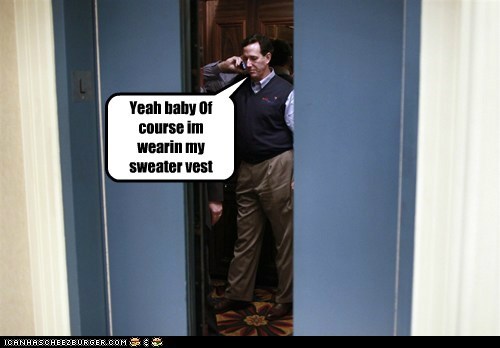 A Rick Santorum supporter hearkens back to the olden times when women used to... stick aspirin between their knees to prevent pregnancy?

Yeah, I'm gonna go out on a limb here and say that probably doesn't work as contraception. Also, this is why we need real science.

Honestly Rick Santorum, I would think you would be the last guy to air a video that features a mysterious brownish substance. 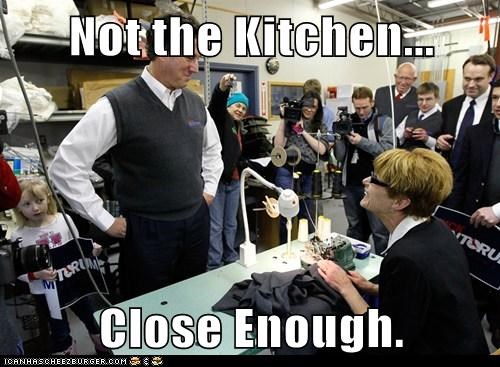 Not the Kitchen... Close Enough. 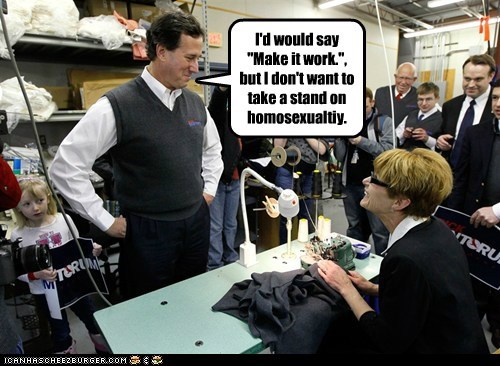 I would say "Make it work," but I don't want to take a stand on homosexuality.

Must Be Blah History Month 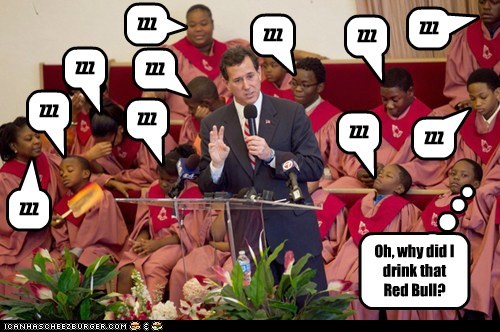 Oh, why did I drink that Red Bull? 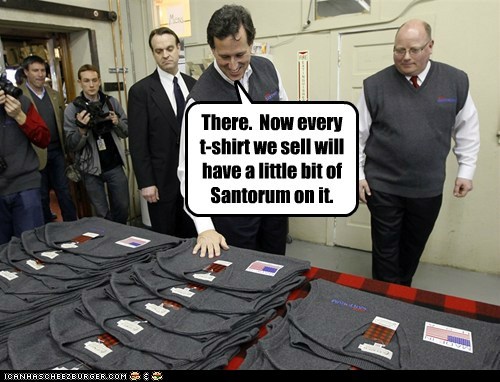 There. Now every t-shirt we sell will have a little bit of Santorum on it. 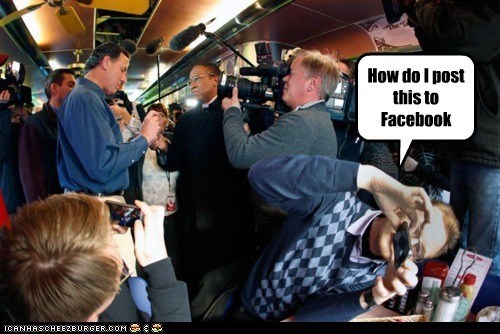 23 People Who Harnessed The Comedic Powers Of T-Shirts

Bleakly Relatable Memes Because Life Is One Hot Dumpster Fire

A Varied Platter Of Memes To Pick And Choose From